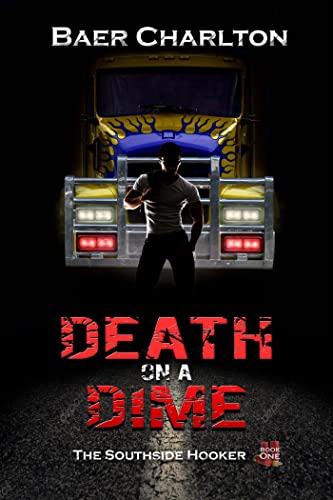 Hooker is a survivor. He reigns from high in the cab of a custom-built giant tow truck that is as powerful as the heart that he keeps hidden under his "rebel without a cause" skin.Cruising the highways and streets in the heady days of the early Silicon Valley, Hooker lives out his life with one hand on the steering wheel and one hand on the gearshift. Four radios, two of which are illegal, are his ears. Life is cherries as he tours his fiefdom with a one-eyed battle-torn oversized orange cat named Box. Named for the box Hooker found him in, as well as the box between the seats of the cab that he spends his time in. The only three people Box lets touch him are Hooker, Manny the retired Detective and the love of Box's life; the 500lb owner of the Night Dispatch: Dolly.Spring is coming on in the valley, and it's rapidly becoming t-shirt under the leather jacket weather; Hooker's favorite time of the year. The police, have long turned a blind eye to his "rapid response time", and the waitress at his favorite midnight eatery is warming up to him. Life is going just great.That is until he witnesses the first of several cops shot to death by an unseen assailant. The killing spree is executed on Highway Patrol, police, as well as sheriff deputies. San Jose is paralyzed as everyone searches for answers. Only Hooker has his ear close to the evil that walks the streets at night taking the city and county's finest.But when it becomes personal, can Hooker find the killer; before the killer finds Hooker?