Out Of Time: An Atticus Wolfe Novel
by Dave Sinclair 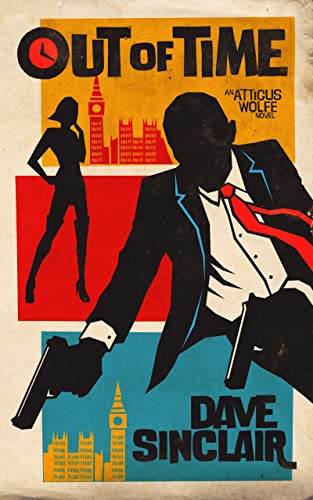 Atticus Wolfe is a man out of time.November 1963As an MI6 spy in 1963, Atticus Wolfe should be enjoying everything the swinging sixties has to offer.But he’s not.That’s because Atticus Wolfe is from the 21st century.Accidentally torn from present day and flung into 1960s London in the midst of a cultural revolution, Atticus must acclimatise to a time not his own.Although he's shocked by bigotry decades out of step with his sensibilities, not everything is unfamiliar – like finding a mole inside MI6.Atticus must take down a clandestine Soviet agent on the front lines of the Cold War, hunt the terrorist who inadvertently sent him back in time and maybe, just maybe, find a way home.A fast-paced adventure with whip smart dialogue and twists you won’t see coming, Out of Time is like no spy story you’ve read before.