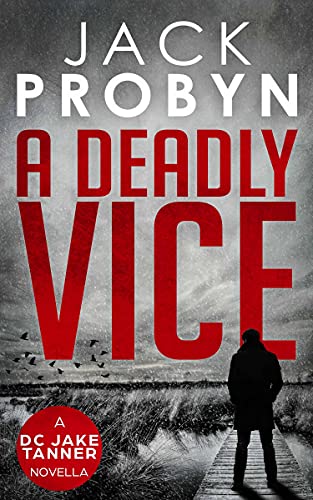 There’s no fate worse than inheriting a dead man’s debt. Jake Tanner, a trainee detective constable with Croydon CID, is eager to impress his bosses. So when a body is found face-down in the city’s farmlands, head crushed, split in two, Jake jumps at the opportunity. The victim is soon identified as Zeke Harrison. A successful businessman and philanthropist. A man who had it all. But, as the investigation into his death develops, it becomes clear that Zeke had more secrets than success. And he had his debts - debts that got him killed.But now they've been passed on to someone else. And Jake must find out to whom before history repeats itself.A Deadly Vice is the exciting introduction into the Jake Tanner universe.Meet Jake today before everyone else does. Perfect for fans of Mark Billingham, Peter James, Simon McCleave, JD Kirk, Ian Rankin, LJ Ross, Joy Ellis, and Val McDermid. Download for free now to experience the new series that everybody is talking about.-------------------------------------------------------------THE JAKE TANNER SERIES: RECOMMENDED READING ORDERA DEADLY VICECID 1 - THE CONSPIRACY - OUT NOWCID 2 - THE COMMUNITY - OUT NOWCID 3 - THE CONFESSION - OUT NOWCID 4 - THE CADRE - OUT NOWCID 5 - THE COMPANY - OUT NOWCID 6 - THE CABAL - OUT 2022STANDSTILL - OUT NOWFLOOR 68 - OUT NOW