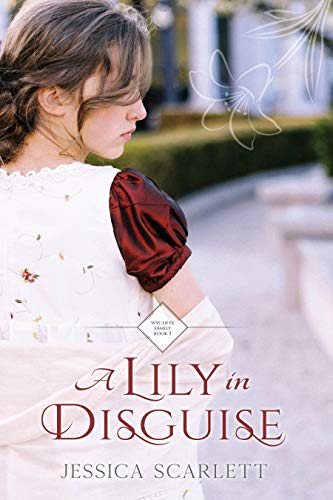 One woman. Three identities. A handsome lord trying to unmask them all. To escape the scandals tied to her name, Lillian Markley has gone by an alias for eight years. It was the only way for her to get a reputable job and save enough money to reunite with her sister in America. But when Lily is suddenly let go just as she’s about to reach her goal, she’s offered a salary she can’t refuse in exchange for the unthinkable:She must masquerade as an heiress at a country estate for the summer.Being exposed means facing prison, or worse—never seeing her sister again. Run-ins with kidnappers, a suspicious young boy, and a dangerous gentleman who knows her secret quickly has Lily spouting lies as often as she sips her tea—all while battling her growing feelings for Peter Wycliffe, the smiling host who seems to best her at every turn. Nothing is as simple as it seems. And as the falsehoods begin to mount, Lily must use her arsenal of wits to keep her three facades separate, while preventing Peter—and herself—from discovering the true woman beneath them all.A Lily in Disguise is a clean and wholesome stand-alone regency romance, complete with witty banter, a mistaken identity, and a happily ever after.