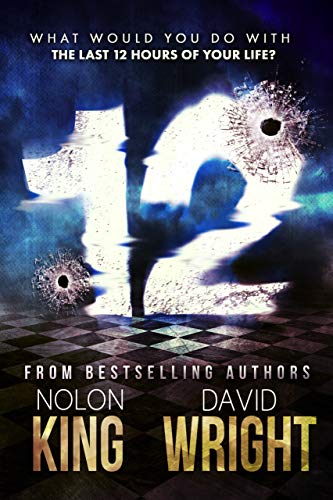 What Would You Do With the Last 12 Hours of Your Life?At 6 p.m. on a Wednesday in October, a gunman will enter Goldman’s Diner and commit one of the worst massacres the small coastal town of Palm Isles, Florida has ever seen.Twelve hours earlier: twelve lives are on borrowed time, unaware that death is coming, or that their paths will collide in one tragic moment.A young waitress and mother fights to protect her daughter from her violent estranged husband. Little does she know that a greater threat looms under her nose.A cop is forced to decide between his job and his marriage.A bullied teen with an abusive father is down to one friend when his world suddenly crumbles around him.An old man struggles to hold onto his memories and do one last thing to honor his wife. But in doing so, he will have to reveal his darkest secret.A cook with a shady past attempts to stay on the straight and narrow, until he gets a call which forces him to choose — his family or his honor?A woman attempts to meet her father’s expectations, clinging to a struggling diner even as her relationship with her son falls apart.TWELVE HOURSTWELVE LIVESWHO LIVES?WHO DIES?