Let Me Be the One
by Lily Foster 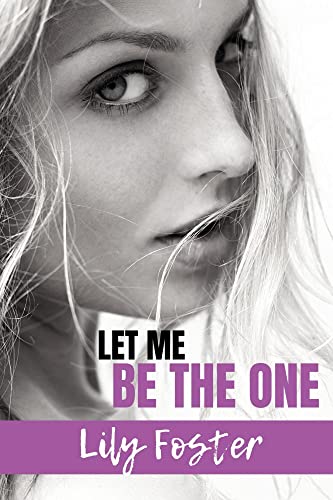 Lily Foster "will satisfy discerning fans of the new-adult genre." -Kirkus Reviews*This updated version of Let Me Be the One contains the never before published series prequel and more bonus content.*She’s back.Darcy all but ran away, desperate to shake him off. Her boyfriend? The guy who came off as sweet and devoted, the life of the party? Try obsessed, out of control and hell-bent on ruining her life.One year later, a new and improved Darcy Donovan is back on campus and she’s got a plan. That plan doesn’t include Tom Farrell, or any other guy for that matter. He’s surfer-boy hot and he talks a good game, but don’t they all?Hell to the yes…She’s back.Going after his friend’s girl is wrong, but Tom is too hung up on Darcy to care. Screw principles, screw ethics, screw the bro code. An hour in her presence would lead the best of men to veer off the high road.And he has his work cut out for him. She still thinks he’s a joke, nothing more than a walking, talking one-night stand. What she doesn’t know is that Tom has spent the past year changing his ways. He’s not all talk, and he’ll do whatever it takes to prove it.But when a menace from Darcy’s past resurfaces and Tom’s past comes back to bite him hard, their one shot at happily ever after may be shot to hell.What you don’t know? Turns out that it can hurt you.Let Me Be the One is the first book in Lily Foster's bestselling, addictive Let Me series.*Intended for the 18 and older crowd due to mature language and sexual content.